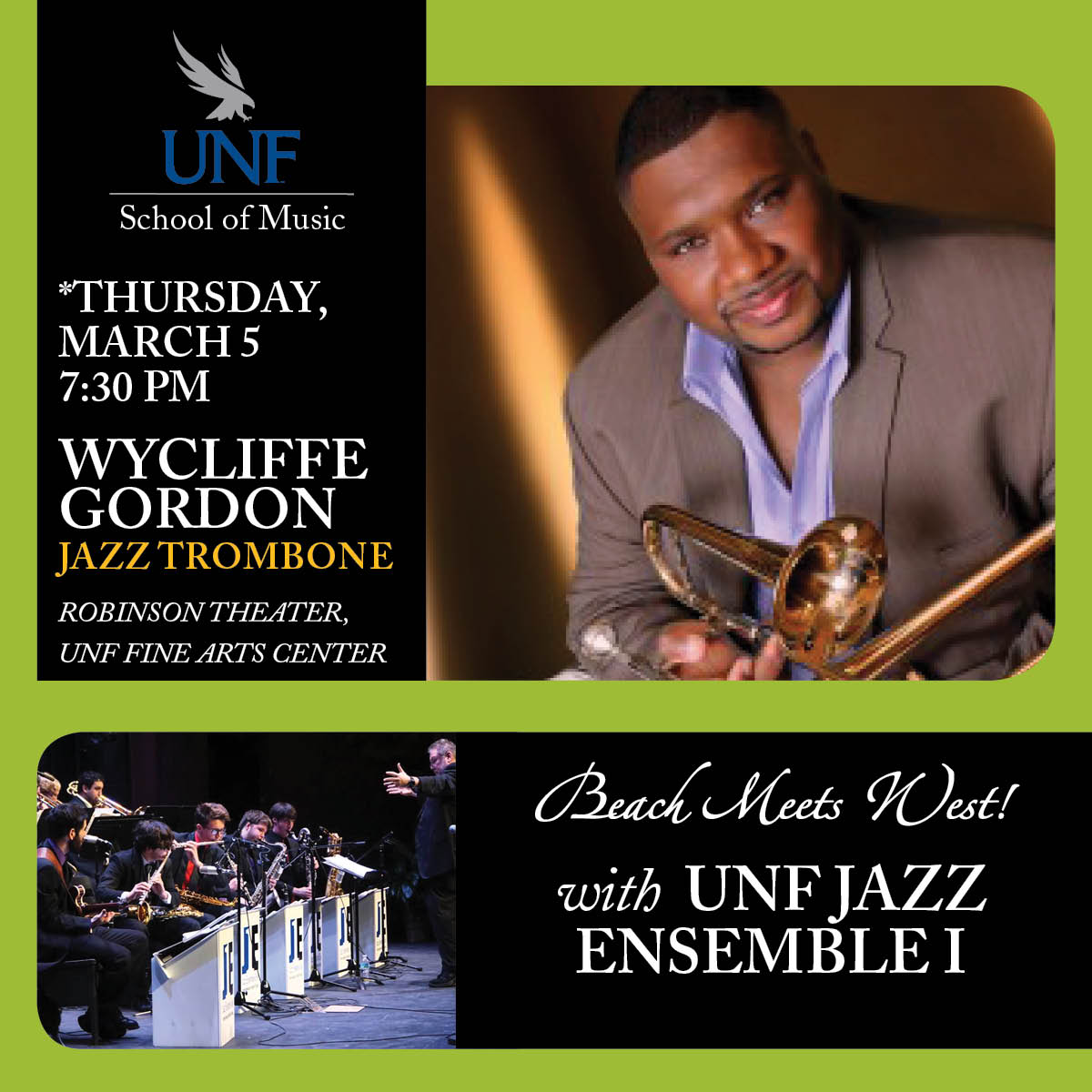 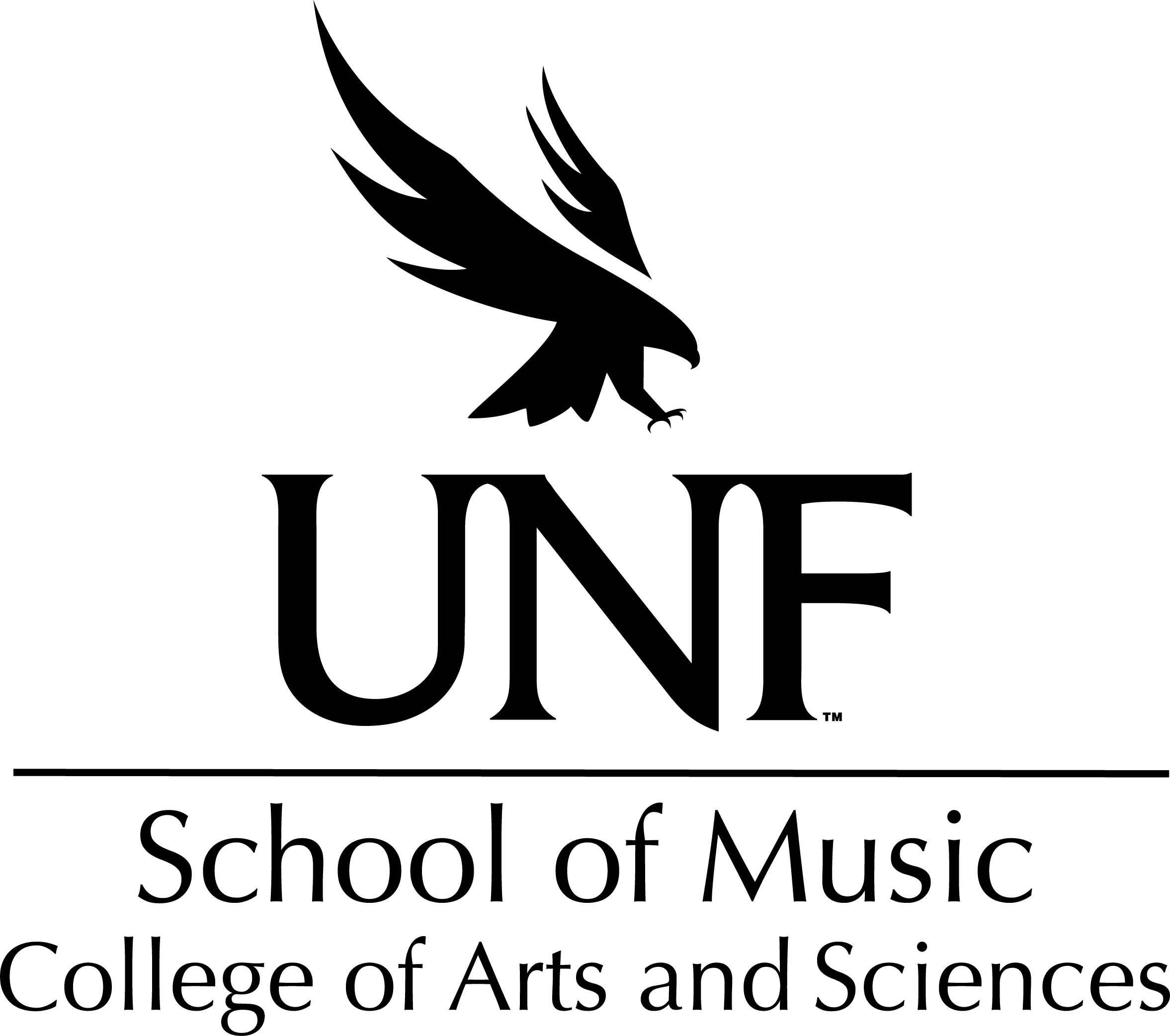 THE UNIVERSITY OF NORTH FLORIDA

Musical ambassador and interpreter of America’s music, Wycliffe Gordon experiences an impressive career touring the world performing hard-swinging, straight-ahead jazz receiving great acclaim from audiences and critics alike. His unmatched modern mastery of the plunger mute and his exceptional technique and signature sound, has solidified Gordon a place in musical history known as one of the top trombonists of his generation. The Critics seem to agree. Jazz Journalists Association named him “Trombonist of the Year” for the 10th time in 2017, and Downbeat Critics Poll named Wycliffe “Best Trombone” for four years, (2016, 2014, 2013 & 2012).

Most recently, Wycliffe received the coveted “Louie Award” presented by the Louis Armstrong Museum, for his dedication and commitment to the music of Louis Armstrong. Wycliffe received the International Trombone Association Award in 2017, which recognizes the highest level of creative and artistic achievement. In 2015, Wycliffe was presented the Satchmo award from the Sarasota Jazz Club, received the Louis Armstrong Memorial Prize presented by the Swing Jazz Culture Foundation, and was named Artist of the Year (2015) by the Augusta Arts Council. He is also a past recipient of the ASCAP Foundation Vanguard Award, among others. 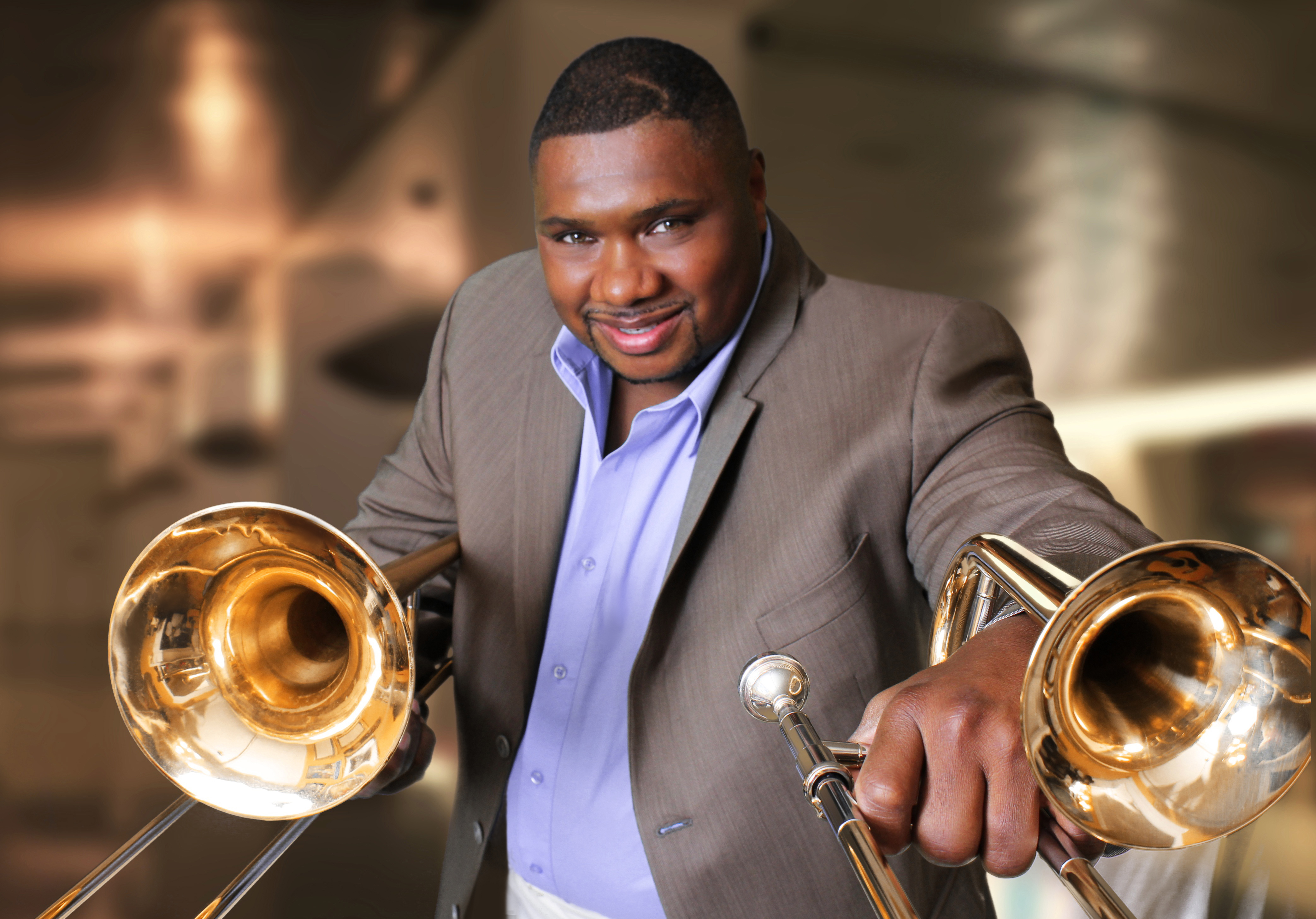 In addition to an extremely successful solo career, Gordon tours regularly leading his quintet known as Wycliffe Gordon and His International All-Stars, headlining at legendary jazz venues and performing arts centers throughout the world. This year they will represent the US on a US State Department tour to Sri Lanka where they will premiere a new piece written especially for the occasion by Wycliffe for the people of Sri Lanka’s 70th anniversary.

Wycliffe has an extensive catalog of original compositions that span the various timbres of jazz and chamber music and is commissioned frequently. Musicians and ensembles of every caliber perform his music throughout the world and his arrangement of the theme song to NPR’s “All Things Considered” is heard daily across the globe. His show “Jazz a la Carte” was named one of the five best moments in jazz by the Wall Street Journal.

Gordon is a former veteran member of the Wynton Marsalis Septet, the Lincoln Center Jazz Orchestra and has been a featured guest artist on Billy Taylor’s “Jazz at the Kennedy Center” Series.

Gordon’s recordings are a model of consistency and inspiration. In 2016, he released his 21st solo CD recording titled “I Give You Love”—a follow up album to his very popular “Hello Pops: A Tribute to Louis Armstrong” cd. He also released “Within These Gates of Mine,” an original soundtrack and film score for the 1920’s silent film “Within Our Gates” by African-American filmmaker Oscar Micheaux. His arrangement of “Bill Bailey” from his CD “Dreams of New Orleans” on Chesky Records, can be heard in last year’s blockbuster “Race” the biopic of track legend Jesse Owens.

Other releases, “Somebody New,” a big band album featuring the DiMartino/Osland Jazz Orchestra, his “Hello Pops, A Tribute to Louis Armstrong” cd and “The Intimate Ellington: Ballads and Blues” continue to get rave reviews. His musical expertise is sought out by artists across the globe and has been captured on numerous projects and performances with other artists including most recently with David Sanborn on several concert tours. Others include Wynton Marsalis, Paul Simon, Natalie Merchant, Rene Marie, Dianne Reeves, Anat Cohen, Ricky Skaggs, Arturo Sandoval and Doc Severinsen to name a few.

In addition to performing, composing and recording, Gordon is one of Americaʼs most persuasive and committed music educators, and serves as Artist-in-Residence at Augusta University in Augusta, GA. In addition, he returns to Savannah Music Festival and heads up the inaugural music camp for Carnegie Hall this summer. Last year he returned as artist-in residence at the James Morrison Academy in Australia and continued with Centrum and
Vail music camps, just to name a few.

He has published several books including “This Rhythm On My Mind with accompanying CD released in 2012 and “Sing It First”—Wycliffe’s own unique approach to playing the instrument, released in 2011. His work with young musicians and audiences from elementary schools to universities all over the world is extensive, and includes master classes, clinics, workshops, children’s concerts and lectures — powerful evidence of his unique ability to relate musically to people of all ages.

Wycliffe Gordon is a Yamaha Performing Artist and has his own line of Wycliffe Gordon Pro Signature Mouthpieces by Pickett Brass. His musical compositions including works for trombone ensemble and big band are available for purchase on his website. For additional information visit www.wycliffegordon.com.

The University of North Florida Jazz Ensemble 1, led by director J.B. Scott, is the flagship ensemble of the prestigious University of North Florida Jazz Studies Program. Thanks to the visionary leadership of Rich Matteson in 1986, UNF’s Jazz Ensemble 1 has enjoyed the reputation of being one of the finest collegiate jazz ensembles worldwide. That the majority of the group members of UNF JE 1 are undergraduates makes this achievement that much more impressive.

Contact J.B. Scott, coordinator of Jazz Studies, the Great American Jazz Series and director of JE1, at (904) 620-3847 for more information. 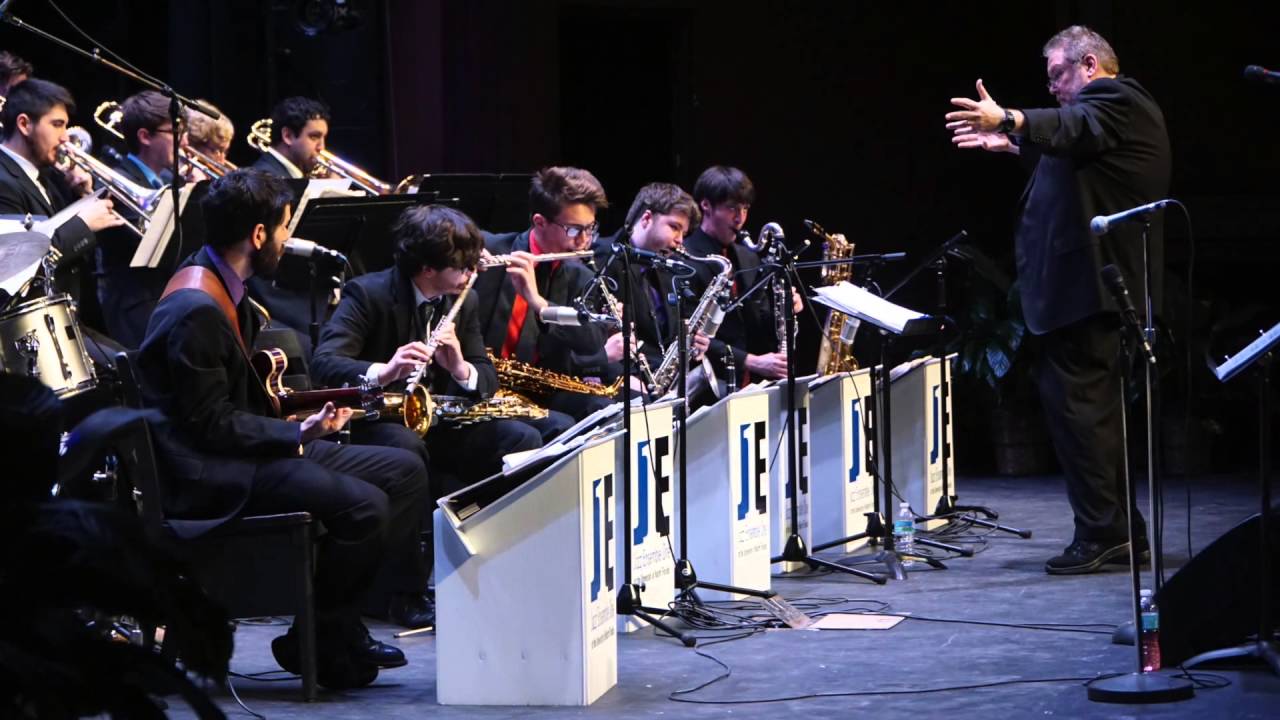 J.B. Scott earned his B.A. degree in music as the first graduate of the acclaimed jazz program at the University of North Florida, under the tutelage of the legendary Rich Matteson and faculty members Bunky Green, Dr. Bill Prince, Bruce Silva and Jack Peterson.

While in college, Scott performed with several established groups that included the Jimmy Dorsey Orchestra, was a band member on the 1988 Japan Tour with the Ringling Bros. and Barnum & Bailey Circus, and performed regularly in the Walt Disney World theme parks. After graduating, he did a three-year stint in New Orleans as the trumpeter and musical director of the world famous Dukes of Dixieland and was featured in the PBS special, “Salute to Jelly Roll Morton.”

In 1996, Scott earned his M.S. degree in music education at Florida International University, where he studied with the legendary trumpeter, Arturo Sandoval. In addition to his collegiate big band performances, Scott performed professionally with the Mickey Finn Show and numerous Latin bands led by such legendary names as Eddie Palmieri, Paquito D’Rivera and Arturo Sandoval.

After teaching for a year in Orlando, Scott returned to the University of North Florida in 1996 to carry on the Rich Matteson ‘old school swing’ legacy, teaching trumpet, music history courses and to direct the UNF Jazz Ensemble 1, one of the most respected, award winning collegiate big bands in the country. He is currently an associate professor of Jazz Studies at UNF and is a member of International Association of Jazz Educators (serving for six years as the IAJE Florida Secretary) of MENC, and of the Florida Band Masters Association.

As a soloist, Scott has performed at many festivals including the Macieo Jazz Festival, (Brazil), the Elkhart Jazz Festival, the Montreux Jazz Festival, the New Orleans Jazz & Heritage Festival, and many others. He has appeared with such notables as Nick Brignola, Ira Sullivan, Rufus Reed and Ed Calle, to name just a few.

Partnering with respected vocalist Lisa Kelly in 1997, Scott and Kelly have performed internationally for major festivals, jazz clubs and jazz societies, as featured soloists with big bands, and with their own big band and small groups. They are highly regarded adjudicators and guest artist clinicians for secondary to collegiate music programs, competitions and music camps.

Scott has been featured on many TV and radio commercials, on CD recordings and has co-released five successful CDs, including “Home” and “Keeping Out of Mischief” with the Swamp Dog Jazz Band, “Memories of Tomorrow” and “Live at Simons” with the Kelly-Scott Jazz Quintet, and “Just Swingin!” with J.B. Scott’s Swingin’ Allstars. Scott is a popular YAMAHA artist/clinician and has performed and presented clinics for IAJE, FMEA/FMENC, Chicago Midwest, the 2010 inaugural JEN (Jazz Educators Network) in St. Louis, and was the 2009 Florida All-State Jazz Band Director for the annual FMEA/MENC Conference in Tampa.

Scott is featured in the book “The New Face of Jazz,” on Amazon.com, released July 2010. In 2015, Scott’s UNF Jazz Ensemble 1 won the Downbeat Student Big Band award and in 2017, the UNF JE1 was selected to perform at the Chicago Midwest Band Clinic. In 2017, J.B. Scott was featured at the Pescara Jazz Festival in Pescara Italy, and was inducted into the Jacksonville Jazz Festival Hall Of Fame.